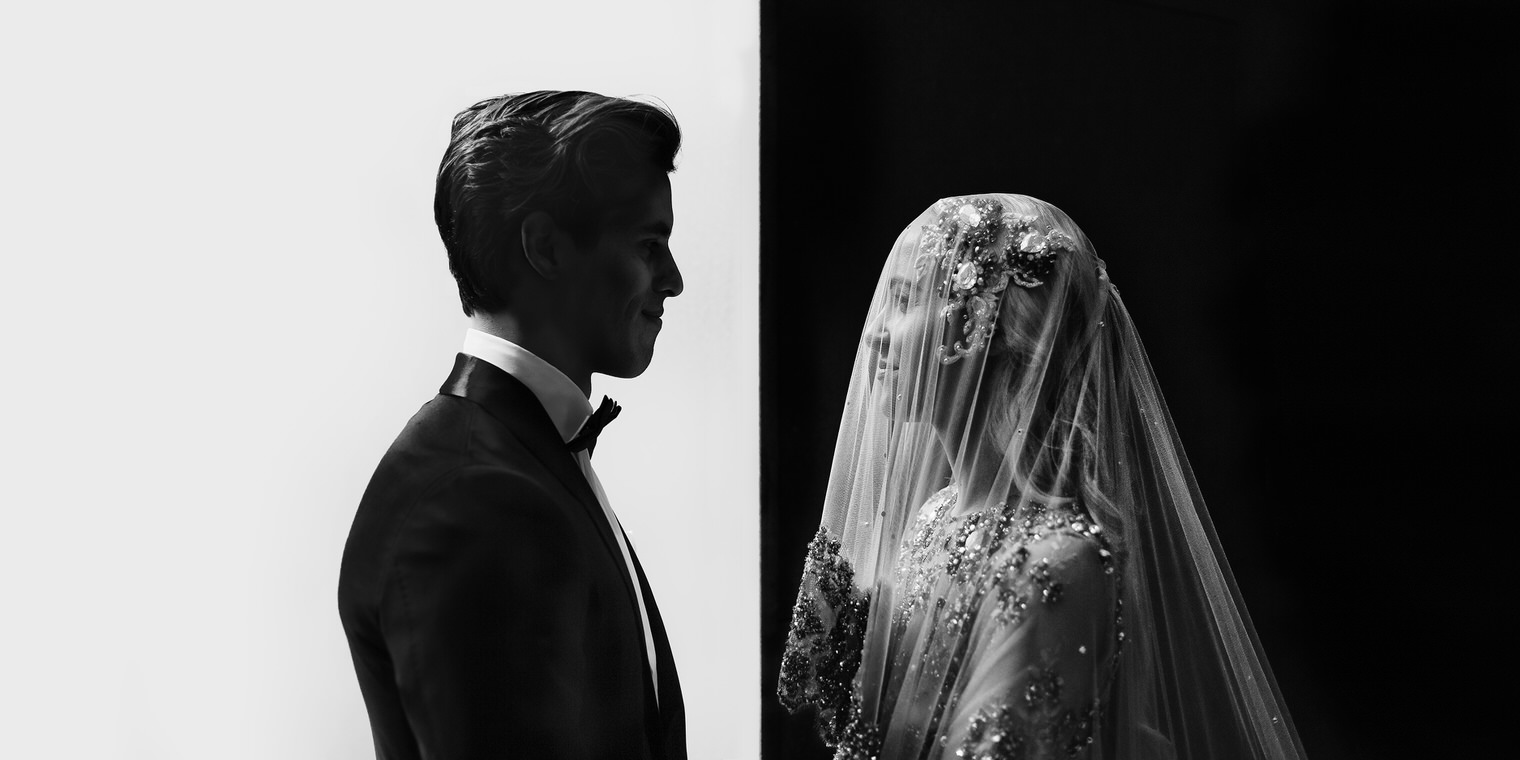 2020 International Wedding Photographer of the Year

I’m super lucky that I get clients that will just let me do me. They sign up, take my advice, and are usually more than keen to go with any suggestions that I have. Logistics relating to the timing of their day, locations, and when we shoot are welcome input. So after Lisa and James had their ceremony, we stopped in at a spot in the Perth CBD – The Como Treasury for a drink and chill with their crew before heading out to their reception. While there, we took the opportunity to shoot some portraits. The location is super architectural and minimalist. The Treasury has big rectangular columns breaking up the space and the light that reflects into the area.

This shot was taken on the corner of a column and was initially a portrait of Lisa standing against the dark side. I was trying to really show off her stunningly detailed dress and backlight her veil. Her husband James was standing pretty close, giving her something to look at. As I shot and reframed, James’ silhouette started to creep in. The Yin-Yang symbol instantly came to mind. Later as I refined the image in Photoshop, the King & Queen chessboard design was also an influence that worked well visually. 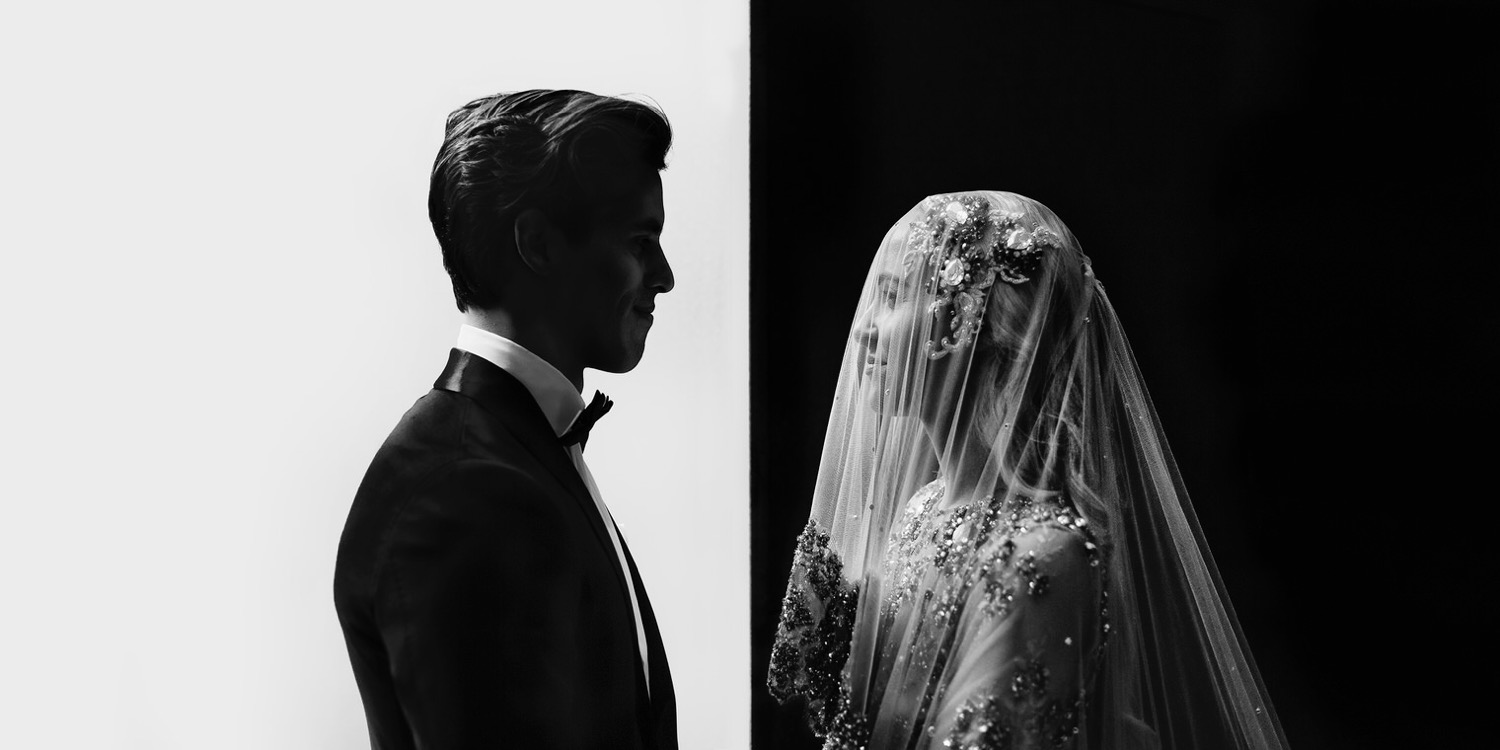